Earth Speak's music is infused & inspired by nature as well as by classic songs with a conscience. Musicians include flutist-vocalist Claudia Tulip, percussionist-vocalist Susannah Martin, harp-bass guitarist Bart Applewhite along with renowned harp-guitarist and luthier, William Eaton. Besides classic hits with a message, the band presents new music devoted to the human and more-than-human world and our relationship to the natural environment and the miracle of Earth’s planetary biosphere.

Songs include -  Earth Speak, Desert Trees, What Would We Do Without Water?, The Universe is Awe, We’re Indigenous You and Me, Forever, along with classics like Dust in the Wind, Fields of Gold, The Word (Beatles), and Feelin’ Groovy. 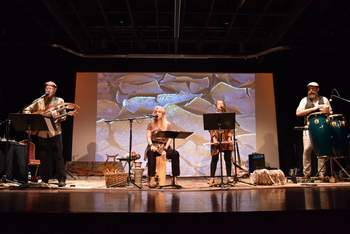 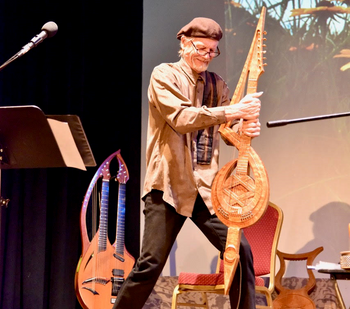 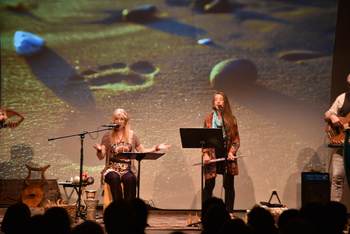 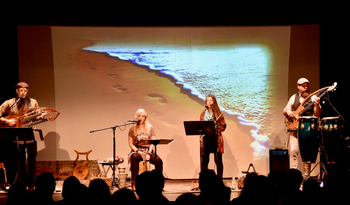 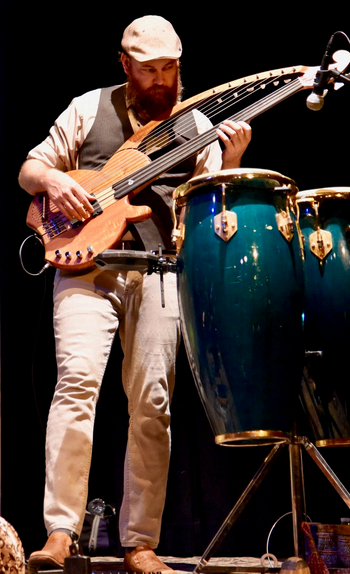 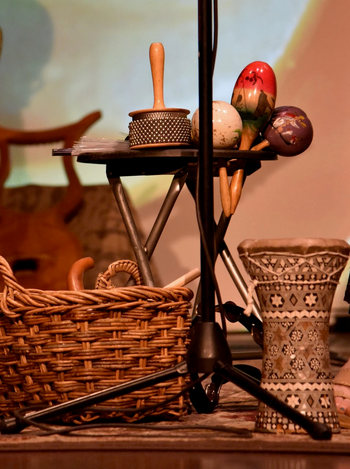 William Eaton has conjured his music and innovative stringed instruments from the Arizona desert now for over four decades. Beyond boundary and stillness, William’s music is rooted within an indigenous past, yet expressive of a contemporary, changing, sonic landscape. Eaton designs and builds innovative guitars and stringed instruments and is a founder and Director of the Roberto-Venn School of Luthiery, in Phoenix, AZ. A recording artist for Canyon Records, Eaton has received four GRAMMY nominations. In 2015 he received the Arizona Governor’s Arts Award in the ‘artist’ category. William is also a founder and co-director of Old Town Center for the Arts.

Classically trained, jazz influenced and world music inspired, Claudia Tulip performs on silver and ethnic flutes, and panpipes. One reviewer commented, “Claudia’s sound is a beautiful blend of imagination, deft technique and soulful expression.” Claudia has enjoyed a successful solo career and has also been a member of the William Eaton Ensemble since 1988.

With an ability to sing in several different languages and to improvise fluidly, vocalist Susannah Martin brings worlds of experience in vocal styles. She wails on R&B or Rock tunes, delivers a touch of sultry jazz, vocalizes soothing ragas melodies, and can sing fluently in Spanish and Brazilian Portuguese. Susannah also adds a groovy beat on cajón and hand percussion.

Bart Applewhite toured nationally with the band Congo Shock. He is a graduate, and now administrator, of the Roberto-Venn School of Luthiery, in Phoenix, Arizona, where he designs and builds one-of-a-kind bass harp guitars and is perhaps the only builder and player of these hybrid instruments in the world.